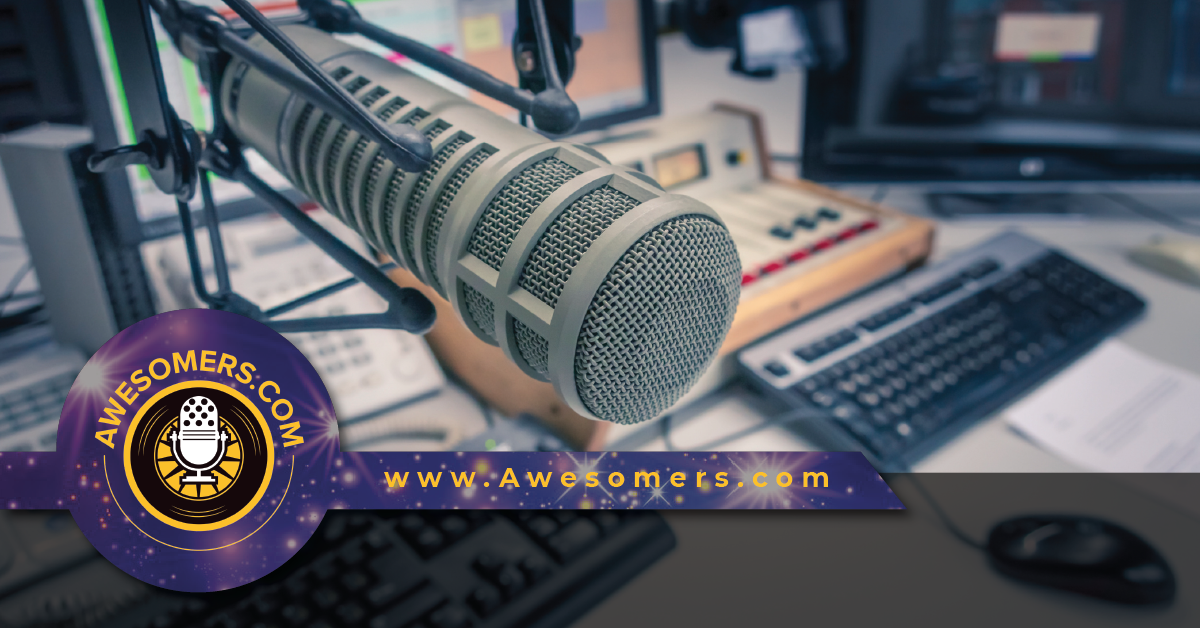 If you sell on Amazon with any degree of success you have experienced other sellers "hijacking" your listing. There are legitimate times where multiple sellers sell the same product, but if you are the inventor, brand owner, and single source for your own product line the legitimate reasons goes down by a factor of 100.

Yes, for the less experienced sellers it is important to understand that people can purchase from you and resell your product. The so called "FIRST SALE DOCTRINE" allows anyone who buys your product to resell it without threat of copyright or other IP infringement. This applies to products you purchase too. So the retail arbitrage business is something that can not be stopped as long as there is an economic incentive AND as long as the goods being sold are authentic.

But more importantly brand owners who do tons of giveaways and then are mad that those people who got the product for FREE are reselling it on their listing are experiencing an unintended consequence. Less reputable platforms that help drive brand awareness through discounts or rebates are driving good sellers crazy when they promote their brand only to have the lucky recipients of deeply discounted goods and even FREE products show up on Amazon and sell against then with, at times, ZERO cost of goods. That's hard to compete with, but it is manageable to avoid those types of platforms or tactics that lead to the problem.

A customer who purchased the product can also make a legitimate sale as long as they list the item properly. For example if they have opened it, they should not list it as NEW. Amazon warehouse deals can also list items that were lost and reimbursed to sellers, but later they were found, that is a legitimate type of listing that a seller may not like, but there is no recourse.

The more disturbing issue is when you have a listing and sellers jump on your listing and offer to sell your brand and your product, despite the fact that it is NOT the same product. Those sellers are actively selling counterfeit products and engaging in fraud and deception. The problem is that the online platforms, up until now, have had little incentive to crackdown on those behaviors. Unlike Louis Vuitton or Cartier small brands don't have a budget to threaten Amazon or the sellers, instead we try to rely on brand registry which is purported to help resolve hijacking, but in reality it does very little to stop hijackers.

Part of the problem is that platforms like Amazon make it too easy for bad actors to spin up new seller accounts. They knowingly engage in black hat tactics using these disposable accounts without regard for the law or for consequences because they are largely based in China. This allows competitors to have an unfair advantage over sellers who are compliant with the law and those sellers who actually pay taxes in the country they are selling in.

Not only do foreign sellers game the online platforms to their own advantage, often using stolen customer identities, credit cards, and other information, they do so with impunity. There is little chance that the long arm of the US law (or other western marketplaces) will reach across the ocean to try and find the illicit seller who has hundreds of Amazon seller accounts at a minimum.

It does add insult to injury that the large volume of sales these sellers make also operate essentially tax free. Most do not comply with any local sales tax, and with the marketplace tax laws now in effect, that issue is going to be mostly resolve for all sellers so that is a moot point at this stage. But they don't pay federal taxes either. Try competing with companies that instantly have a 40%+ edge on your company because they pay no income taxes.

Project ZERO from Amazon.com has also promised a better result, but in practice there are still too many gaps. Many sellers believe Amazon is complicit with the black hat sellers because they make money on the sale regardless of what kind of seller makes the sale.

Amazon does not agree with that opinion and shares many data points that are meant to illustrate they are fighting the problem and to some extent that is true.

The core problem is the fact that Amazon allows much lower information from a foreign seller to register a seller account on the platform than a seller with a proper US legal entity. The compliance for one group of sellers should be consistent with other groups. It's only fair to have a level playing field. Without Amazon taking a firm stand on this issue, they will continue to appear to be part of the problem instead of being part of the solution.

Now a recent DHA report shows a new posture from the US government as it relates to online platforms and counterfeit goods.

DHS MEMO REGARDING COUNTERFEIT ITEMS AND ONLINE PLATFORMS LIKE AMAZON.COM

1) Counterfeiting is no longer confined to street-corners and flea markets. The problem has intensified to staggering levels, as shown by a recent Organisation for Economic Cooperation and Development (OECD) report, which details a 154 percent increase in counterfeits traded internationally — from $200 billion in 2005 to $509 billion in 2016. Similar information collected by the U.S. Department of Homeland Security (DHS) between 2000 and 2018 shows that seizures of infringing goods at U.S. borders have increased 10-fold, from 3,244 seizures per year to 33,810.

2) A major e-commerce platform reports that its proactive efforts prevented over 1 million suspected bad actors from publishing a single product for sale through its platform and blocked over 3 billion suspected counterfeit listings from being published to their marketplace. Despite efforts such as these, private sector actions have not been sufficient to prevent the importation and sale of a wide variety and large volume of counterfeit and pirated goods to the American public. (THIS IS ABOUT AMAZON.)

3) While the U.S. brick-and-mortar retail store economy has a well-developed regime for licensing, monitoring, and otherwise ensuring the protections of intellectual property rights (IPR), a comparable regime is largely non-existent for international e-commerce sellers.

4) Foremost among these best practices is the idea that e-commerce platforms, online third-party marketplaces, and other third-party intermediaries such as customs brokers and express consignment carriers must take a more active role in monitoring, detecting, and preventing trafficking in counterfeit and pirated goods.

5) In the United States, e-commerce year-over-year retail sales grew by 13.3 percent in the second quarter of 2019 while total retail sales increased by only 3.2 percent as brick-and-mortar retail continued its relative decline.5 For example, Amazon reports third-party sales on its marketplace grew from $100 million in 1999 to $160 billion in 2018.6 In 2018 alone, Walmart experienced an e-commerce sales increase of 40 percent.

6) The OECD reports international trade in counterfeit and pirated goods amounted to as much as $509 billion in 2016. This represents a 3.3 percent increase from 2013 as a proportion of world trade. From 20038 through 2018, seizures of infringing goods by the U.S. Customs and Border Protection (CBP) and U.S. Immigration and Customs Enforcement (ICE) increased from 6,500 to 33,810 while the domestic value of seized merchandise — as measured by manufacturer’s suggested retail price of the legitimate good (MSRP) — increased from $94 million in 2003 to $1.4 billion in 2018.

In 2019, in response to the alarmingly high rates of contraband uncovered by DHS and a request from the White House Office of Trade and Manufacturing Policy (OTMP), CBP initiated Operation Mega Flex. This operation uses enhanced inspection and monitoring efforts to identify high-risk violators that are shipping and receiving illicit contraband through international mail facilities and express consignment hubs.

The periodic “blitz operations” conducted under the auspices of Operation Mega Flex examine thousands of parcels from China and Hong Kong and carefully catalog the range of contraband seized. To date, such operations have included visits to seven of CBP’s international mail facilities and four express consignment hubs and the completion of over 20,000 additional inspections. The following table summarizes the findings of three Mega Flex blitzes conducted between July and September of 2019.

8) The Role of Online Third-Party MarketplacesThird-party online marketplaces can quickly and easily establish attractive “store-fronts” to compete with legitimate businesses. On some platforms, little identifying information is necessary to begin selling.A counterfeiter seeking to distribute fake products will typically set up one or more accounts on online third-party marketplaces. The ability to rapidly proliferate third-party online marketplaces greatly complicates enforcement efforts, especially for intellectual property rights holders. Rapid proliferation also allows counterfeiters to hop from one profile to the next even if the original site is taken down or blocked. On these sites, online counterfeiters can misrepresent products by posting pictures of authentic goods while simultaneously selling and shipping counterfeit versions.

9) What steps will Customs and Border Patrol take?:

It is critical to the integrity of e-commerce and for the protection of consumers and rights holders that e-commerce platforms that operate third-party marketplaces, and other third-party intermediaries assume greater responsibility, and therefore greater liability for their roles in the trafficking of counterfeit and pirated goods. To that end, CBP and ICE will use existing statutory and regulatory authorities to reach the activities of third-party marketplaces and other intermediaries where evidence demonstrates they have unlawfully assisted in the importation of counterfeit and pirated goods through the following actions:

• CBP and ICE will immediately begin to identify cases in which third-party intermediaries have demonstrably directed, assisted financially, or aided and abetted the importation of counterfeit merchandise. In coordination with the Department of Justice, CBP and ICE will seek all available statutory authorities to pursue civil fines and other penalties against these entities, including remedies under 19 U.S.C. § 1526(f), as appropriate.

• DHS recommends the administration pursue a statutory change to explicitly permit the government to seek injunctive relief against third-party marketplaces and other intermediaries dealing in counterfeit merchandise.

• In the interim, DHS will provide information and support to registered brand owners looking to utilize statutory authorities to seek injunctive relief against persons dealing in counterfeit merchandise, whether through direct sales or facilitation of sales, following seizures of goods that are imported contrary to law.

• ICE shall prioritize investigations into intellectual property-based crimes regardless of size and will make referrals for all such investigations where appropriate.

• ICE will coordinate with the Department of Justice to develop a strategy to investigate and prosecute intellectual property violations at all levels of the supply chain at a sufficiently high level to respond to the concerns raised in this report and according to its budget and broader mission goals.

Consider these resources to help your business:

Don't forget that the Empowery eCommerce co-op is there to help you cope with the ever-changing market! If you haven't decided to join you are MISSING an opportunity.

Have you checked out KevinandSteve.com ? Launching March 19, 2020!

Do you agree with Steve's comments on today's show? Connect with us using the below or find Steve on Twitter or Instagram @stevesimonson and let him know just how wrong he is. ;) The audience will still be able to keep in touch with the team online through the website and  the Facebook page .
Neither Awesomers.com nor Steve Simonson personally has any direct affiliate relationships. Any promotion or affiliate links are Empowery links provided for the benefit of that vital non-profit member-owned cooperative.

Steve does own an investment interest in SellerChatBot.com, Parsimony.com, and Duvall Co-op Management.